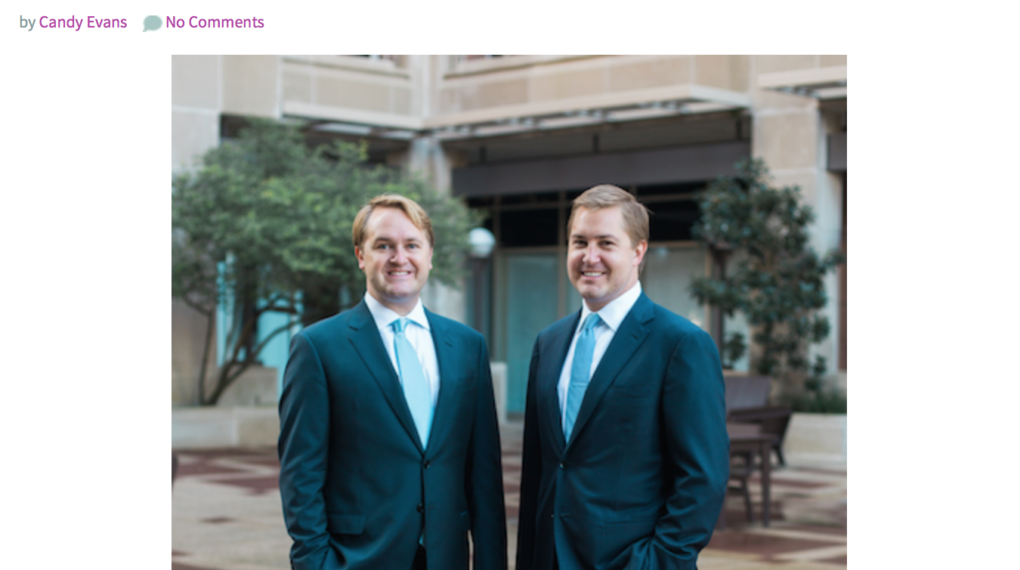 Candy's Dirt: The “Property Brothers” Are Changing Knox Henderson East One Flat at a Time

When Dallas Millennials are looking for their next move AFTER life in Uptown, usually their first post-college pad, they are increasingly looking toward the thriving corridor of Knox-Henderson east of North Central Expressway.

The Cancun lifestyle is great, but gets old come 25. And there is activewear everywhere now on East Henderson.

This stretch of Fitzhugh between Central and Ross is where Carl and Chris Anderson of Larkspur Capital Partners are seeking city approval to re-zone for a first of it’s kind condo flats project they believe will fit the bill perfectly for young buyers. The project is at 5209 Capitol Avenue, directly behind the Capitol Pub on Henderson. The name: Capitol Flats.